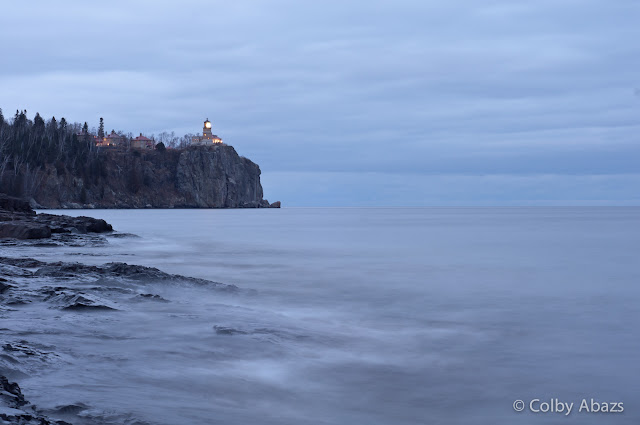 Today is november tenth the day that the Edmond Fitzgerald sank. It is also the day that the beacon is lit to commemorate the lives lost in that shipwreck. It is a big event that hundreds of people come to see and photograph. I arrived a little later that I preferred, hours before the light was going to be lit, and there were already masses of photographers lined up with their tripods. You can see one such line below. I searched around finding the compositions I wanted then picked a spot to start. I waited awhile for the light to be lit and then started photographing. I moved around wanting to get different compositions and exposures. Unfortunately it was cloudy because it is also the full moon today and it is rising somewhere behind those clouds. I did however get many photographs I am happy with and this is one of my favorites. I like having the waves hitting the shore adding to the drama of the dark cloudy sky with the light shining through it all. 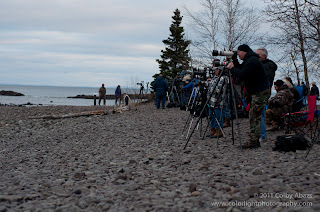